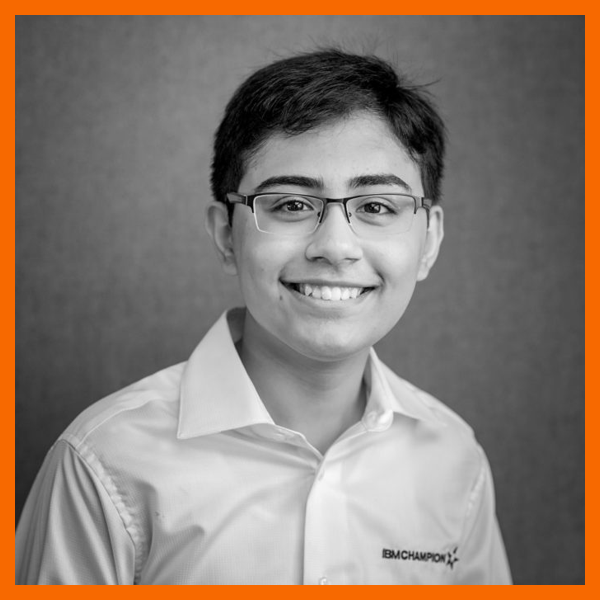 Tanmay Bakshi is an AI and Machine Learning Systems Architect. He supports and contributes extensively to the open source community and is known for his passion to share what he learns through his YouTube channel, blogs, and speeches. He is a TED speaker and has keynoted at numerous conferences around the world for the United Nations, IBM, Apple, KPMG, SAP, NASSCOM, The Linux Foundation, and Walmart, just to name a few. His first major keynote address was at IBM Interconnect 2016, where he presented his algorithm “AskTanmay,” which is the world’s first web-based natural language question answering system to be powered by IBM Watson.

His passion lies in developing machine learning and AI-based systems, mainly in the fields of healthcare and education, where he believes that this next generation technology can make the biggest impact.

He has addressed computer science and technology students globally, doing countless workshops in universities, colleges, and schools, and has held seminars for institutions such as Apple Education, HSBC, Citi-group, and Credit Suisse. His YouTube channel, Tanmay Teaches, is where he shares his research and knowledge with audiences of all ages. He loves to interact with, respond to, and help people with their queries and hence, he has had the honor of being the recipient of the Twilio Doer Award, Knowledge Ambassador Award, Global Goodwill Ambassador at LinkedIn, an IBM Champion for Cloud and a Google Developer Expert for Machine Learning.

Bakshi, as a kid, considered computers, laptops, modems, networking, cables, and electronics as his toys for years. This kid coder’s journey began at the early age of five, when he developed with DOS batch files, C, FoxPro, and Visual Basic and then created iOS apps. When he was nine, his first app, tTables, was published to the iOS App Store. This news inspired many kids who always wanted to code but never knew how to take the first step.

Hello Swift! is the outcome of his goal of reaching out to at least 100,000 coders and beginners in their journey of learning how to program. Since Tanmay himself is a 15-year-old coder, he wanted to create a resource for kids and beginners from around the globe, who aspire to learn programming and have waited for someone to communicate with them in their language.

He is a homeschooled tenth grader in Canada, where he lives with his older sister and parents. He likes biking and playing table tennis with his friends. Tanmay also contributes his time being a Computational Thinking Coach at the 4th Industrial Revolution Organization, and an advisor and lead faculty at Grad Valley Data Science.