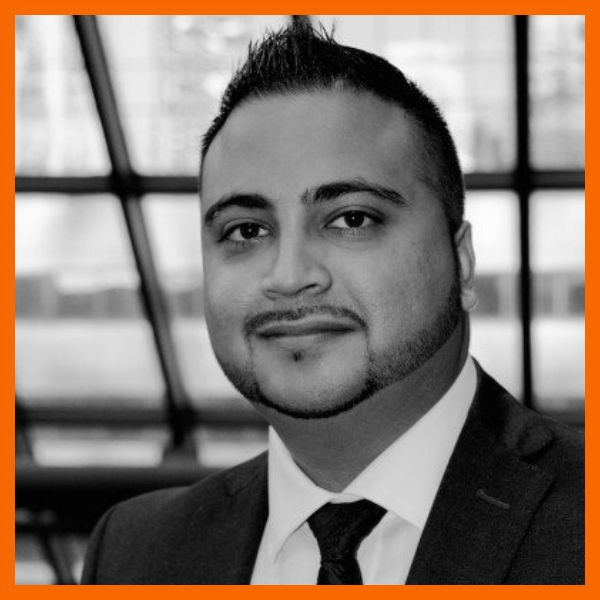 Ritesh has dedicated his working career to exploring how technology could be used to co-create trust between our communities and public institutions. He started an eight-year career within policing which involved two police agencies within Canada along with several international assignments. He led the creation of the Cyber-Crimes unit and the Research and Innovation portfolio focusing on digital transformation. Ritesh then transitioned to the Private sector where he worked with different Fortune 500 Tech companies on global projects related to Cyber Security, Investigations and Next-Generation IoT applications for Smart Cities projects.

In 2019, Ritesh decided to return to school to commence his Juris Doctor. He felt that better understanding of the legal profession would allow him to work on projects that promoted access to justice by leveraging technology. While completing his JD, he had the opportunity to participate in a Technoship, be a Research Assistant to three Professors focusing on legal tech projects and intern at the Samuelson-Glushko Canadian Internet Policy and Public Interest Clinic. At the beginning of the pandemic, he was selected to be a ‘Dean’s Tech Fellow’ where I worked with staff to digitize all aspects of the faculty. This project won ‘Most Innovative Project’ from the University of Ottawa.

In addition, while completing his law degree, he participated in two hackathons. The first was in the summer of 2020, where Ritesh and three colleagues entered an international tech law competition and developed an automated workflow to generate refund claims to airlines for COVID-related cancellations. This project placed second place in the world. The second hackathon was a Pan-Canada competition where he and two colleagues developed a free automated privacy breach reporting tool kit for small businesses. The toolkit placed first in the competition and we decided to pursue the project and launched jusTech to assist the small business community. The project has now received funding, featured in the media and is expanding to include additional features to further assist businesses.
Ritesh has worked and presenting around the world including the World Internet Conference in China, the training academy for the Jamaican Constabulary Force, the Major City Chiefs/FBI National Executive Institute Conference, NATO-sponsored Cybersecurity Conference in North Macedonia and several other events in the Middle East, North America and Europe. Ritesh has appeared as a witness in the House of Commons- Industry, Science, Technology Committee addressing competitiveness in Canada. He frequently provides interviews to mainstream media to highlight organizational achievements and provide analysis & insights into tech-related stories. Ritesh is a member of National E-Crimes Council and has been awarded the Alumni100 award from the University of Edinburgh Business School. Ritesh holds a BBA (University of Toronto), MBA (University of Edinburgh/ Exchange at Peking University) and an Executive Certificate for completing the Emerging Leaders Program from Harvard University’s Kennedy School of Government.