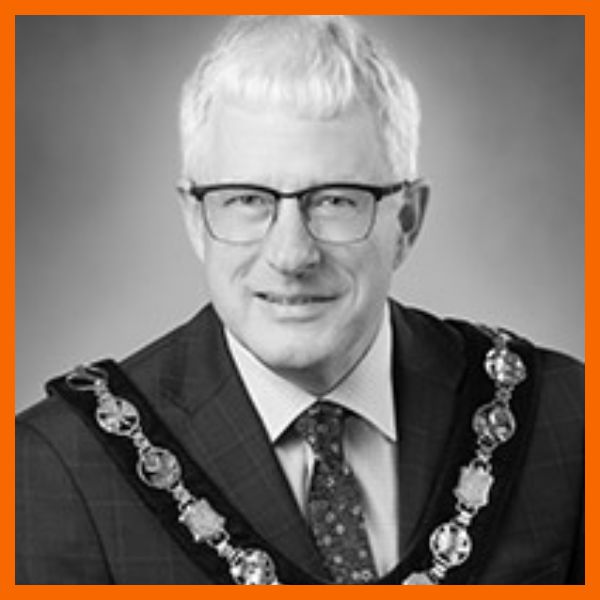 David West was re-elected Mayor in October 2022, after first being elected in January 2022. Prior to that, he was appointed to Council on December 4, 2013 to fill a vacancy and was elected in October 2014 and 2018 to continue as Councillor for Ward 4.

He has served the residents of Richmond Hill for years as a local business owner and has demonstrated leadership through various volunteer community positions. With the Richmond Hill Chamber of Commerce, he has been Chair of the Government Affairs Committee, a member of the Board of Directors and also served as Chair of the Chamber. A committed contributor to his community, David has volunteered with Yellow Brick House, Mackenzie Health and the Toronto Waldorf School.

David was also an active participant in the public consultations held during the development of Richmond Hill’s Official Plan and Strategic Plan (2010 to 2014).

A husband and father, David has called Richmond Hill home for more than 30 years. He is a passionate patron of the visual arts.  As lifelong learner, David enjoys reading on a wide range of topics and he appreciates any opportunity to be in the outdoors. Watch for him at community events, he loves to meet and speak with Richmond Hill constituents.