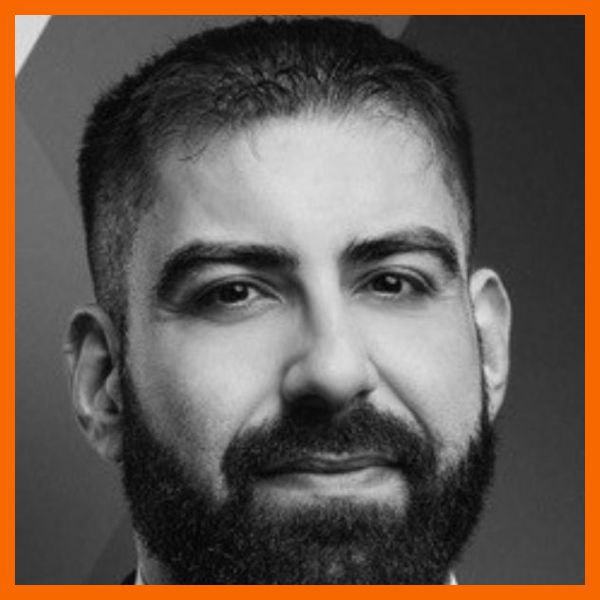 A security professional with highly diverse experiential background, Mr. Al-Koura entered the cyber field in 2016 after a successful career as a Signals Intelligence Specialist with the Canadian Armed Forces (CAF). Starting as a Network Security Analyst at a global Managed Security Service Provider (MSSP), he quickly advanced his place in the industry by applying over a decade of military security intelligence and operations experience into the stand-up, sales, management and execution of multiple managed network security service offerings.

Before becoming a Chief Information Security Officer to multiple medium scale organizations in both the Defence and Social Platform spaces, Mr. Al-Koura worked as a Senior Security Intelligence Advisor to multiple C-Suite officials at organizations ranging from Provincial Governments, major Financial Services institutes, and Energy firms. He became a leading Canadian Cyber Threat Intelligence professional in 2018 after successfully standing up and taking to market a Managed CTI Service offering for a multi-national consultancy. In 2019, he was one of the first commercial contractors in Canada tasked with monitoring various social media platforms for domestic and foreign actor interference during a provincial election on behalf of the government.

In his current role at ruby Life Ltd., Mr. Al-Koura heads the entire Enterprise Security Division, consisting of the internal Security Operations Centre, the Cloud Security Team, Application Security Team and Security Architecture Team. He chose ruby specifically due to the challenge of it being a post-breach organization and it would be an opportunity to take the state of security there from rebirth to world class.

In terms of thought leadership, Mr. Al-Koura has also served on multiple high-level government boards including the Defence Industry Advisory Group (DIAG) and CADSI Cyber Council. Though he has moved on from the Defence sector, he still maintains a close relationship with the Public Sector via his active involvement with the CIO Association of Canada (CIOCAN). He actively sits as an executive on the Board of the Ottawa Chapter for CIOCAN. Mr. Al-Koura is also a permanent Advisory Board member for both SiberX and the Emerging Leaders in Canadian Security (ELCS).  “